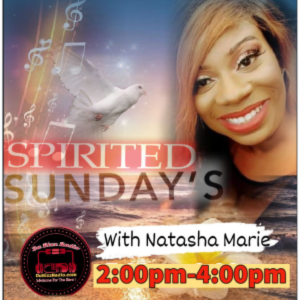 Natasha Marie has always been in the industry to serve others and follow the path of God since the age of 16. Starting off in the restaurant industry as a server and then moving up to a manager position at Pappadeaux Natasha realized there was much more that she wanted and needed to do to touch people's lives. She began working in property Management where she started as a leasing consultant and quickly moved up to a property manager. Natasha stayed in that industry for around 15 years before she was able to begin her dream career in radio. In 2020 Natasha Marie started her Media career with The Not So Christian In Me Show. As a Co-Host on the Legendary KYOK gospel radio station Natasha Marie Interviewed various Music Artists, Movie Stars, Politicians and Community Activists. While with The Not So Christian In Me Show Natasha, attended the BET awards, Bet Hip Hop Awards, and the Stellar Awards.
In December 2021 Natasha Marie, received a Rated Boujie Award and a feature in the Rated Boujie Magazine for Media Personality of the year.
After a year with The Not So Christian In Me Show Natasha Marie, begin her own show Spirited Sundays on 953 Jamz. There she spent her Sunday mornings encouraging listeners by Spinning the best in Gospel, Contemporary Christian, Christian Hip Hop and Praise & Worship Music. Spirited Sundays is also a show know for having open dialogue with guests and listeners in a no judgement zone. Spirited Sundays has now found its new home on Da Bizz Radio.
Natasha Marie has always believed in the word of God and spreading the word of God through love and actions. With her strong love for community she has spent numerous of hours volunteering in food drives, feeding the homeless and helping others. She is a proud volunteer for the NAACP encouraging voters to get out there and vote. Natasha Marie, has also volunteered for several years in the children's ministry at The Church Without Walls under the Leadership of Pastor Ralph West, where she helps young children learn about the goodness of God.

Currently a singer on her praise and worship team Natasha continues to put God first as well as the community. Natasha Marie is also the CEO of Everything Marie's Catering. A licensed catering company known for catering events such as weddings birthday parties and also providing meal prep. 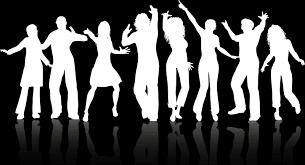